Today, as East Asian manufacturing looks to recover from the global COVID-19 lockdown that suppressed demand around the world, Taiwan is bouncing back strong. 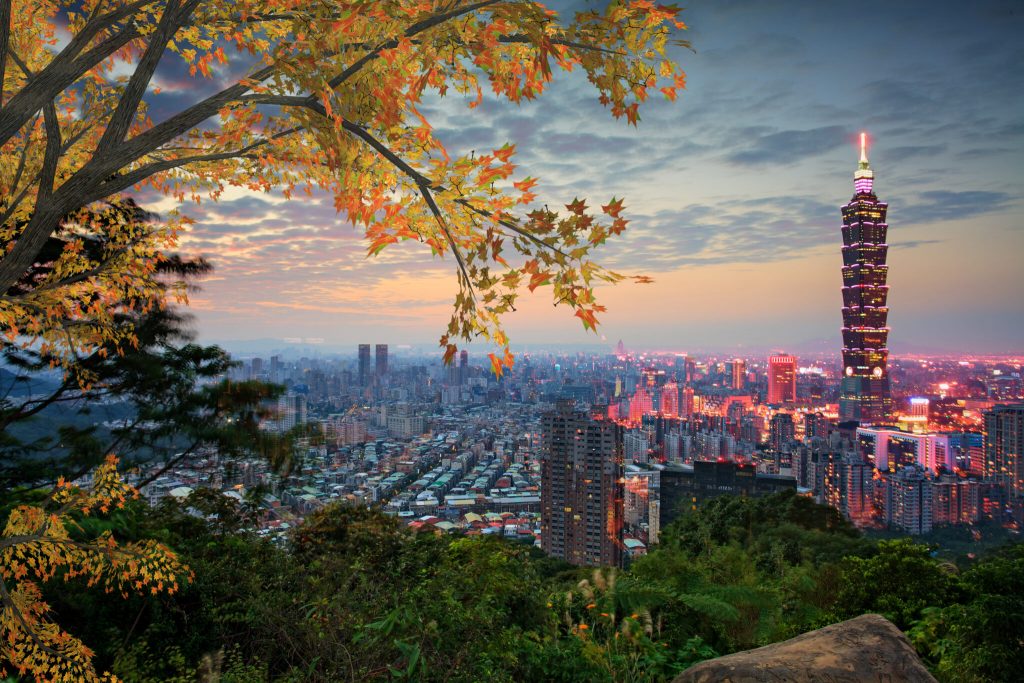 Students of economic history might recall the “Taiwan Miracle” of the 1970s that fueled manufacturing growth on the island and made it one of the Four Asian Tigers. From there, in the 1990s, Taiwan became an attractive destination for international technology companies, many of whom planted their headquarters in the city of Taipei. In recent years, Taiwan has enjoyed a robust economy with a solid manufacturing base drawing business from all over the globe. But that manufacturing has been supported by the government’s concerted effort to integrate emerging technologies into its manufacturing processes (a trend dubbed Industry 4.0) and to create innovative solutions that are unique to Taiwan. Today, as East Asian manufacturing looks to recover from the global COVID-19 lockdown that suppressed demand around the world, Taiwan is bouncing back strong. Could that resurgence be a direct result of Taiwan’s embrace of Industry 4.0? If so, the Taiwan tiger may roar more loudly than ever before.

A quick look at recent numbers confirms that Taiwan’s manufacturing base is growing. On March 8, focustaiwan.tw reported that “Manufacturing activity in Taiwan expanded in February for the eighth consecutive month,” according to data from the Chung-Hua Institution for Economic Research. CIER released a very favorable Purchasing Managers’ Index score of 63.2. Despite a slight drop for the previous month’s score of 65.1, February was the fourth consecutive month Taiwan had maintained a PMI above 60. (A score of 51 indicates economic growth.) This expansion has occurred across several vital manufacturing sectors, including electronics/optoelectronics, electricity/electrical equipment, chemical/biotech, basic materials, and transportation tools.

Some analysts point to the de minimus impact of COVID-19 on the island. As of this writing, Taiwan has confirmed only 1,023 cases of the virus and 10 deaths out of a population of 23.57 million. But Taiwan’s recent performance is more than a simple rebound. The roots of the recovery run deeper since the seeds were sown years earlier.

Sarah O’Meara, writing recently for nature.com, explains that Taiwan has aggressively pursued new technologies that could elevate its performance and make it a 21st-century manufacturing hub. The shift in industry practices that make up Industry 4.0 include “cloud computing, big data, the Internet of Things and smart robots,” and Taiwan has invested heavily in all of them.

Taiwan has gone beyond automating its assembly lines to integrate artificial intelligence, which allows machines to “take decisions without human control.” Just a couple of decades ago it was considered revolutionary for companies to put kill switches on assembly lines, giving rank and file workers the power to stop the line when they spotted a problem. Now, if a process is not working precisely right, the machines can sense where there is an issue and adjust on the fly. In addition, Taiwan is committed to “creating ‘smart factories’ that use an interconnected, digital network of supply systems,” designed to “improve the flexibility, quality, and efficiency of its manufacturing.”

But innovation does not end with the manufacturing process. The Internet of Things is a system that allows consumer products to send performance data back to manufacturers, who can process that information using advanced analytics, enabling them to alert consumers to issues and improve the next generation of products.

So how did Taiwan develop the capacity for smart manufacturing? Foresight and commitment. For the last five years, Taiwan’s government has taken decisive steps through policy and investment, including:

In addition, the Ministry of Science and Technology has established four AI research centers in artificial intelligence and a semiconductor program “to speed up the development of AI processor chips.” Taiwan has also relaxed “regulations for the employment of foreign professionals to encourage talent recruitment.”

Time will tell if Taiwan succeeds in its ambitious programs, but the early returns on investment are profound. For example, Taiwan is a leading manufacturer of semi-conductors at a time of global shortage. That enviable position speaks volumes about the progress whose past bread and butter used to be cheap plastic toys. Looking at Taiwan today, it’s hard to imagine that the label “Made in Taiwan” was once a punchline. As the Second Taiwan Miracle takes shape, the Taiwanese people will likely have the last laugh.

This activity is naturally good news for Taiwan’s workforce, as “the number of furloughed workers in Taiwan fell by 693 to 3,584 in the first week of March …according to data… [from] the Ministry of Labor (MOL).” Many companies have unpaid leave programs requiring workers to spend nine to fifteen days per month at home. But the number of companies implementing those programs also declined by 44 to a total of 367. A machine tool manufacturer and an automotive parts manufacturer were among the facilities that recalled significant numbers of workers.

When manufacturers recall workers, it’s a solid sign of momentary recovery. But it’s also positive for long-term prospects. When workers are kept busy, they retain their skills and stay current with innovations in products and processes. Steady employment numbers are attractive for companies looking to outsource, especially when their products require particular skills.

Given the manufacturing activity cited above, it should come as no surprise that Taiwan’s exports are booming. According to bloomberg.com, January’s export orders were up 49 percent, shattering estimates. The surge in overseas orders was the greatest in 11 years, driven by “global demand for semiconductors” which Bloomberg notes “shows no sign of abating.” In fact, the worldwide shortage of semiconductors caught the attention of the White House late last month.

Taiwan’s Ministry of Economic Affairs estimates the total value of Taiwan’s export orders for January at $52.7 billion, which was “the biggest increase since January 2010.” Bloomberg also notes that “The increase marks a third straight month of strong, double-digit growth and the 11th monthly increase for export orders….” Given Taiwan’s ability to supply much-coveted semiconductors, the Ministry of Economic Affairs expects orders to rise substantially again in February.