What Effect Is COVID-19 having on South-East Asia Manufacturing?

The COVID-19 outbreak that began in Wuhan, China is having an enormous impact on the global economy, and that impact may continue for months and perhaps years. Businesses that outsource to Eastern Asia are naturally anxious about the future of Chinese supply chains. Many have already migrated their business to Southeast Asian countries, such as Vietnam and Thailand. But are those ASEAN states also at risk? 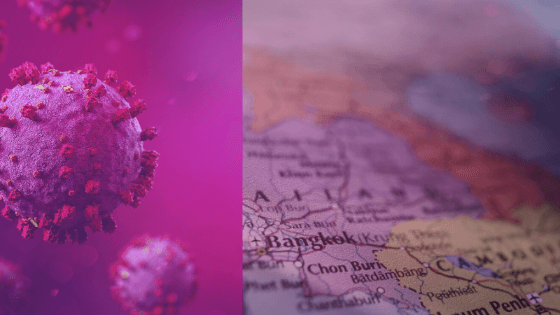 The COVID-19 outbreak that began in Wuhan, China is having an enormous impact on the global economy, and that impact may continue for months and perhaps years. Businesses that outsource to Eastern Asia are naturally anxious about the future of Chinese supply chains. Many have already migrated their business to Southeast Asian countries, such as Vietnam and Thailand. But are those ASEAN states also at risk?

Richard Maude, Asia Society Policy Institute Senior Fellow, writing in late March, noted that “The number of confirmed cases across the region remains relatively small compared to the hardest-hit parts of the world.” But he cautioned that “numbers are accelerating” and “a humanitarian catastrophe looms.”

The region, Maude writes, “has all the ingredients for rapid spread of the virus – mostly weak public health systems, crowded cities, poverty, and significant migrant worker flows.”  He warns that “Indonesia could have tens of thousands of cases within weeks.” It is now “weeks” since Maude penned those words, and the World Health Organization reports that Indonesia has 4,241 confirmed cases, which falls far short of Maude’s prediction. The danger that Maude called “clear and present,” appears a bit more “nebulous and impending.” However, it’s hard to be certain one way or the other, because “testing and tracing levels remain very low.”

Maude criticizes Southeast Asian governments for “a patchwork of measures” in response to WHO’s call for “aggressive measures to stop the virus spreading.” Most countries have closed their borders to visitors, the major exception being Cambodia, which continues to welcome travelers from China. The Philippines and Malaysia are employing the military to enforce lockdowns, while Singapore has been called “the model” for its “sophisticated testing, tracing and social distancing measures.” In Indonesia, “President Joko Widodo has resisted calls for aggressive social distancing measures or lockdowns,” apparently fearing the economic impact more than the disease. Indonesians still recall the 1997 Asian Financial Crisis, which provoked “violent riots and looting” that precipitated “the dramatic collapse of the Suharto regime.”

As for the economic impact, Maude notes that “Southeast Asian economies have been hit hard by simultaneous supply and demand shocks.” The shutdown of China, “the region’s number one trading partner” and “a significant source of foreign investment,” stopped the supply of much needed raw materials as well as capital. It also reduced demand for the finished products, “such as shoes, textiles, electronic products, and automobiles.” So, as China goes, so goes the ASEAN economy. As China recovers, so will its partner nations. “But,” Maude warns, “many businesses – small and large – will have gone under by that point.”

Of course, Maude’s prognostications must be taken with a grain of salt. As noted above, the spread of the virus has not yet inflicted a “humanitarian catastrophe,” and perhaps it never will. As of April 12, 2020, here is how the major ASEAN nations are doing, according to WHO statistics:

One of the factors contributing to economic hardship is travel restriction. Not only are ASEAN nations suffering from the loss of the tourist trade, but they lost a significant portion of their skilled workforce: migrant workers from China. Kok Xinghui and Dewey Sim, writing for This Week in Asia, observe that “Singapore’s [travel] restrictions applied to about 30,000 Chinese workers who had returned to China for the Lunar New Year break in January, and now these workers have to apply for permission to return in staggered batches, leaving employers … juggling to maintain a viable workforce.” In the construction industry, for example, “mainland Chinese workers” are less than 10 percent of the workforce, but “companies rely on them to do higher-skilled structural and architectural works.” Similarly, Indonesia employs “about 30,000 Chinese workers” engaged in “various plants and businesses.”

All this means that a long-term effect of COVID-19 will be diversification, as fewer countries and companies are willing to be highly dependent on China. According to Jayant Menon of the ISEAS–Yusof Ishak Institute, diversification had already begun, but COVID-19 has hastened the process. Writing for the East Asia Forum at the end of March, Menon stresses, “The restructuring of regional supply chains had started, driven initially by rising wages in China and accelerated by the US–China trade war. … It would be misleading to attribute all of the current disruption to COVID-19. Had the trade war not preceded it, COVID-19 may have resulted in greater disruption to supply chains.” The process has certainly hastened in Japan. The Daily Mail reports that the Japanese government is offering more than $1 billion to its companies to move manufacturing from China back to Japan. China is Japan’s largest trading partner.

With supply chains migrating out, China will have to take definitive steps, such as closing its wet markets, to convince the world of its good intentions and future reliability. Meanwhile, the ASEAN states must seize the opportunity which China’s fall from favor has given them. The country that best manages this crisis, balancing health and business concerns, could emerge as the next economic power in the region.