In recent years, numerous companies seeking the benefits of outsourcing to Asia, but in proximity to U.S. markets, have adopted a strategy of “near-shoring.” Analysts have reported 150 percent growth in orders from Latin America. 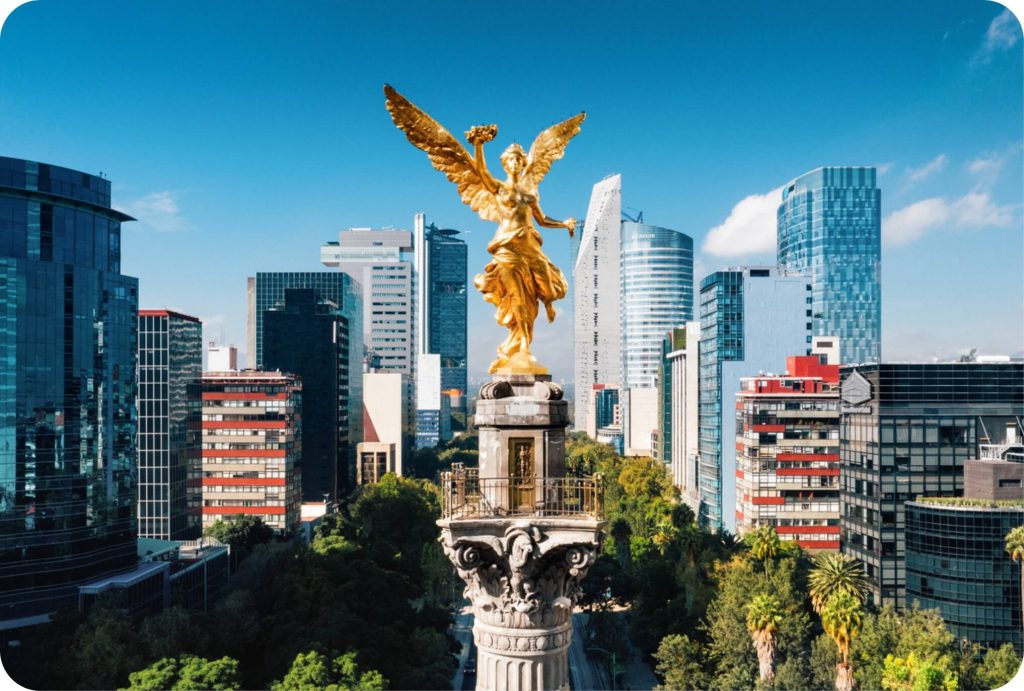 In recent years, numerous companies seeking the benefits of outsourcing to Asia, but in proximity to U.S. markets, have adopted a strategy of “near-shoring.” Analysts have reported 150 percent growth in orders from Latin America. Within that sphere, Mexico is emerging as a leading candidate for companies that want to manage labor costs while staying close to the U.S. market.

Take Siemens, for example. The Germany-based company recently announced plans to build a $35 million electrical components plant in Nuevo León, Mexico, just outside Monterrey. That’s only about 140 miles from the U.S.-Mexico border. Outsourcing to Mexico is nothing new for Siemens, which has 10 plants there. Mexico allows Siemens strategic proximity to important clients, such as Raytheon and Navistar, which have bases of operation in Southern California, Arizona, and Texas.

Another company exploring south of the border is John Deere. Famous for producing “the plow that broke the Plains” in the 19th century, John Deere today has more than 100 factories in 30 countries. The farm and construction equipment manufacturer is planning to relocate its tractor cab assembly from Waterloo, Iowa, to Ramos Arizpe, Mexico, by 2024. The company says its Iowa workforce, who earn from $22 to $33 per hour, will focus on new products.

Labor and all other production costs are not only lower in Mexico than in the United States; those costs are also lower than in China. China’s economic success over the past decade has led to an increase in wages. Thus, average minimum wages in China are now higher than in Mexico. As for utility rates, such as gas and industrial lease rates, reliable statistics are hard to come by. Analysts generally consider those costs to be substantially lower in Mexico than in China. As for readily available energy, China put global executives through a few nervous moments last September with a wave of blackouts due to its overstretched energy grid.

While many manufacturers are moving their supply chain to Mexico from China to reduce trans-Pacific shipping costs and as a hedge against future disruptions, the trend is not just the result of free-market forces at work.

President Biden has not been as vocal as his predecessor about U.S.-China trade policy, but his administration has sought to encourage U.S. manufacturers and component suppliers to move production from China to Mexico. Over the past several years, the U.S. government has taken a variety of specific trade actions that have made Mexico a preferred destination. These include:

These factors lead forecasters to predict exponential growth for Mexico, especially in the country’s automotive and apparel sectors.

Already Mexico is seeing an increase in foreign direct investment to build its manufacturing capabilities. According to the Mexican Secretariat of Economy, the country received $32.9 billion in foreign direct investment in 2019, which declined in 2020 during the pandemic but maintained a healthy level at $29.1 billion. Since the waning of the pandemic, Mexico has rebounded with robust growth in FDI, reporting $18.43 billion for the first two quarters of 2021.

Mexico offers many advantages for companies seeking a near-shoring option. At Genimex, we continue to expand our manufacturing footprint, by assessing all projects accordingly and by choosing the best geographic location for manufacturing.