As US Presidential Transition Raises Questions of the Ongoing Trade War, China Continues to Maintain Growth

As the United States inaugurated its 46th president on January 20, 2021, market analysts were wondering how a change in administration might affect relations between the world’s first and second largest economies. 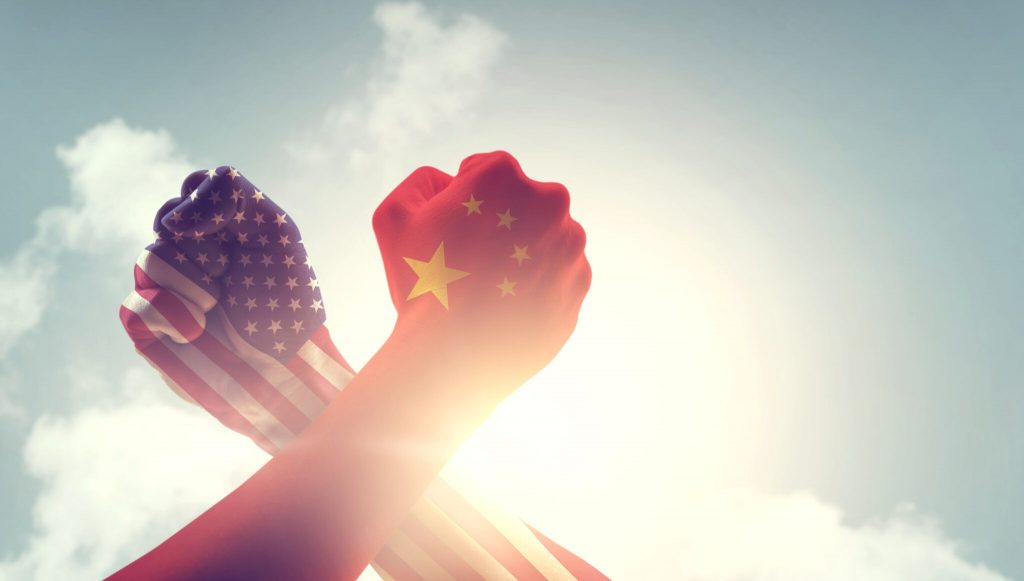 As the United States inaugurated its 46th president on January 20, 2021, market analysts were wondering how a change in administration might affect relations between the world’s first and second largest economies. The United States and China are currently engaged in a trade war, which has produced escalating tariffs on both sides, along with a promising Phase One agreement for which China has not fulfilled its obligations. The Wall Street Journal recently opined that former President Trump had left President Biden a strong hand to play in negotiations, and many believe any difference in the U.S. position will be more style, process, and emphasis.

Former President Trump has made China trade a centerpiece of his foreign policy, highlighting the trade imbalance between the two countries, China’s alleged theft of intellectual property, and its military buildup near U.S. allies. Mr. Trump was comfortable acting unilaterally to pressure China into negotiations and employed tariffs as a punishing stick. In several statements, President Biden has shown less concern about China’s reluctance to purchase American farm products and has focused his discontent on IP issues. Mr. Biden has also voiced his opinion that getting allies on board is an important ingredient for a successful program of pressure.

China is late in delivering on its promise to increase purchases of American agricultural products under the Phase One agreement. How President Biden deals with incomplete performance will signal the direction U.S.-China relations will take in the next few years. Analysts do not expect a seismic shift, and since Mr. Biden’s approach depends on consensus building, any movement is liable to be slow in building.

Meanwhile, China continues to enjoy robust growth in its manufacturing sector, as well as other areas of its economy. Marketwatch.com recently reported that “China finished 2020 with a 10th consecutive month of expansion in its manufacturing sector.” China’s National Bureau of Statistics recorded a Purchasing Managers’ Index of 51.9 for December, only slightly lower than November’s 52.1. Other sectors, including retail, aviation, software, real estate, and construction finished strongly as well. Various forecasters have predicted fourth quarter GDP growth at greater than six percent and annual growth at more than two percent. Goldman Sachs is projecting eight percent growth for 2021.

This growth was made possible by a confluence of several factors. China’s success in managing COVID-19 allowed its manufacturing base to rebound quickly, while a resurgence of the virus in other areas of the world has fueled demand for Chinese products, such as PPE and game consoles. Bicycle orders are also up, as locked-down consumers throughout the world are clamoring for home exercise equipment. The fact that other exporting nations have been struck with a second wave of COVID-19 has also boosted China’s performance.

But growth does not come without challenges, as many Chinese manufacturers are finding. According to Reuters.com, a boom in foreign demand, as seen by double-digit growth in China’s output of industrial robots, computer equipment, and integrated circuits. In fact, in a down global economy, “China’s global export share increased to over 13% in the second and third quarters from 11% last year….” This enviable situation has left manufacturers scrambling to hire new workers.

Some staff shortages are a natural consequence of having laid off workers last winter, during the initial COVID-19 scare. Thus, ramping back up to full speed has been a challenge. Temporary workers have proven to be less skilled, and some Chinese manufacturers are turning to automation to boost the efficiency of their production lines, a bold step within a Communist regime that strives for full employment.

But even the most controlled economies are not immune to the law of supply and demand. Due to the labor shortage and pressure to increase production, some workers’ wages rose as much as 25 percent in the third quarter, so that some blue-collar workers were earning more than the starting salary of a college graduate as mentioned in Reuters.

Another thorn in China’s rosy economic picture relates to shipping. China benefits from a lopsided trade imbalance, recently “exporting three containers for every one imported.” And, with pandemic concerns slowing the turnaround for shipping containers, China is having some difficulty getting its products out of the country.

Still, these are good problems to have, and China remains well positioned for continued growth for the remainder of this young decade.