In China, the tiger is the undisputed King of the Beasts, and yet it is the third animal symbol of the Chinese Zodiac. 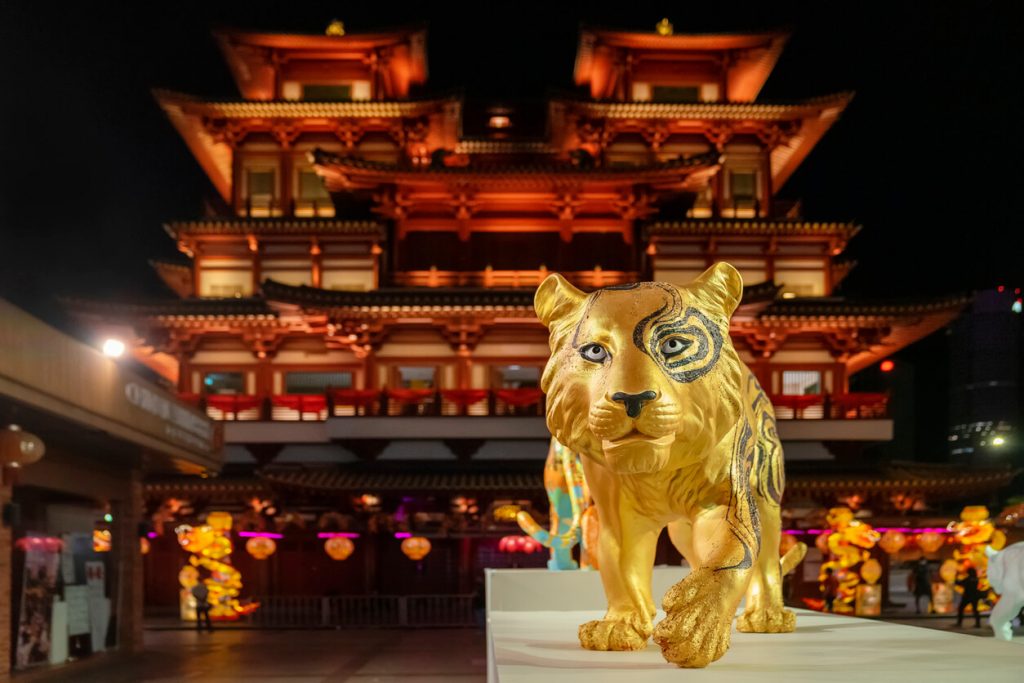 In China, the tiger is the undisputed King of the Beasts, and yet it is the third animal symbol of the Chinese Zodiac. The Tiger, known for his courage and athletic prowess, was overconfident in his ability to outrun the other animals in the celestial race but was outdone by the cunning Rat and the diligent Ox. Perhaps the lesson for this upcoming year is that courage and daring can take you far, but you’ve also got to be smart and conscientious. Stubbornness and arrogance can bring disaster.

This is sound advice for any business outsourcing to Asia as the Chinese Lunar New Year approaches. In the Age of Covid, there are opportunities and perils. Business planners must understand Eastern culture and adapt. Stubbornly adhering to Western expectations can put you way behind your savvy competitors. The Year of the Tiger is a time to be bold, but wary.

China and most ASEAN states observe some form of the Lunar New Year. (Myanmar and Cambodia are the exceptions.) If your business is doing contract manufacturing in any of these countries, you have got to make allowances for the holiday season. China, for example, will completely shut down for seven days. However, business interruptions can last much longer. Here’s what you must anticipate as New Year 2022 approaches:

These factors combine to produce a 30-day work stoppage. That may boggle your Western mind, but it is the reality, and it does not do a stubborn tiger one bit of good to roar about it. Tigers who confidently swagger in with orders for goods at the festival time are going to wind up with empty shelves in February and March. If you did not do the research, and you need orders in the runup to the New Year, that lack of diligence is going to cost you, often in the form of inflated minimum quantities and/or gouged prices. Your regular supplier could even turn you away, forcing you to rely on an unknown. That could result in a precipitous drop in quality more ruinous for your image than a depleted inventory. Late orders also face delays in shipping as dormant ports get backed up.

But there’s no reason to fear the festival. C’mon, you’re a tiger. Advanced planning can circumvent all these issues, giving you enough inventory on hand to outlast the shutdown. Asian manufacturers know that consumer demand does not take a holiday, and they ramp up production in anticipation of their time off. If you place your order promptly, you can avoid any inconvenience.

The COVID factor in the Lunar New Year shutdowns

Asian residents tend to travel around the Lunar New Year. This prompted concerns last year that the Lunar New Year might turn into a “super spreader” event. Since the outbreak, travelers who cross borders have faced COVID quarantines of up to two weeks at epidemic prevention hotels. That would consume pretty much all their break time, making the trip a waste of precious time, unless they overstayed, which would then make ramping up production even more difficult.

Taiwan is considering allowing travelers to quarantine at home and for a shorter period. Some officials in the island nation believe the outbreak has been controlled, so they can be more flexible. As of this writing, a final decision had not been reached.

But let’s not forget the current supply chain snafu

Admittedly, this Lunar New Year is not like most. The global supply chain is already snarled. Container ships are backed up so far out to sea, that American consumers may have to Jet Ski for their Black Friday deals. In October, Fortune.com was already predicting “disruptions in transpacific trade … beyond the lunar Chinese New Year in February.” The problems lay not with Asian suppliers but with the “historically unproductive U.S. ports on the West Coast.” Many backed-up ships even decided to sail through the Panama Canal and up to Florida rather than wait in line off Long Beach, California. Detlef Trefzger, chief executive of the global transport and logistics company Kuehne+Nagel, headquartered in Switzerland, sees “no relief in sight,” and expects the crisis “to last another six to 12 months.” President Biden has responded by promising “to run the Port of Los Angeles around the clock.” So far, the Swiss, who know a little about clocks, haven’t noticed an improvement.

Complicating the situation are companies that are “over-ordering goods and materials under the expectation only a percentage will arrive at their warehouses, factories, and showrooms on time.” That’s a bold, tiger move that could ultimately backfire if all of their way-too-much inventory arrives too late.

We should mention that ports are not the only bottlenecks. Rail terminals are also backed up because of a shortage of truck drivers in the United States. Finally, adding insult to injury, freight rates are going up even as service declines, so companies are having to pay more for delayed delivery.

Although the Lunar New Year is unique in causing prolonged work interruptions, other holidays could interfere with operations in China. These include:

In Taiwan, there will be stoppages for New Year, Lunar New Year, Tomb Sweeping Day, the Dragon Boat Festival, and the Mid-Autumn Festival. The Taiwanese also celebrate a National Holiday this year on October 10.

How to avoid supply chain pain around the Lunar New Year

As 2022 approaches, be the best Tiger you can be. You should not fear the festival, but you should not be stubborn or overconfident either. Follow these steps, and you can minimize any disruptions: